Warframe: A Steep Learning Curve but a Rewarding Adventure 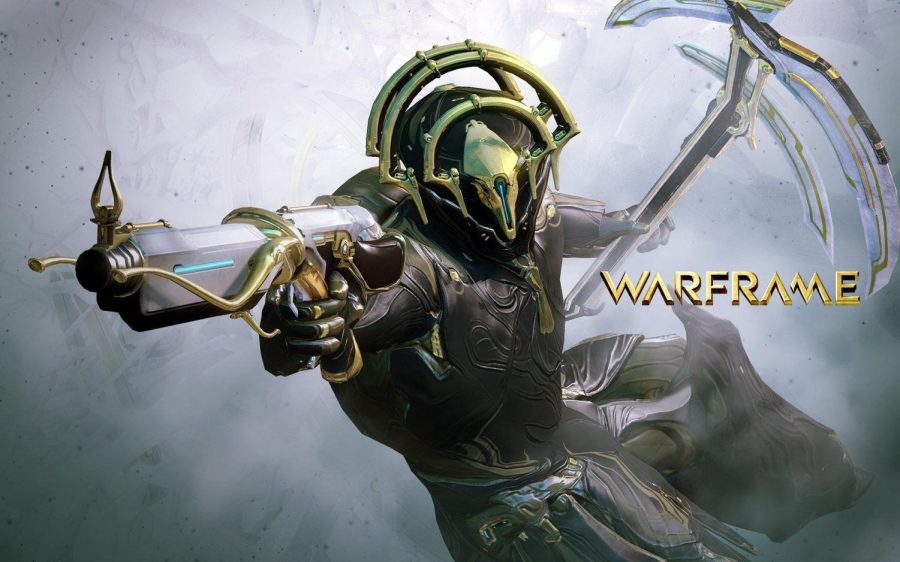 If you don’t like grinding, don’t play this game. However, if you’re like me, and you like sinking hundreds and thousands of hours into video games, this could be just the game for you.

Warframe is a third-person looter-shooter with distinct MMO elements. It is an experience wholly unlike any other, and it is one of the best free games out.

Warframe has the you as beings known as the Tenno who control Warframes in order to fight. Tenno can equip various primary, secondary, and melee weapons in order to fight against their foes. From super-exploding bows to giant infected arm-cannons, all the way to the good old fashioned revolver – Warframe has it all. There is a ton of variety, and every single weapon can be deadly.

The warframes that each Tenno commands also have specific abilities that give each warframe their personality. Ember is a warframe focused on fire damage and incineration. Excalibur is a master of swords and can summon his own energy sword. Loki is a specialist in stealth and invisibility. You can pick and choose your own warframe to suit your style, and switch them out freely.

Where will all this energy and power be directed? The list of enemies of the Tenno are long, but the main three races the Tenno fight are the Grineer, Corpus, and Infested. The Grineer are genetically defective clones that were originally produced as slaves to the Orokin, an ancient race of the past. These Grineer now “produce” themselves in massive quantities and have formed an empire based on conquering and raiding parts of the Origin System. The Corpus are a merchant cult united in the pursuit of profit, specifically the salvage of ancient technology, including warframes. They command armies of both advanced human soldiers and robots. The Infested are a group of twisted amalgamations formed from a biomechanical virus that has now corrupted them into almost unrecognizable horrors.

Most enemy encounters will take place in the Origin System, which contains many of the planets or moons in our real Solar System. Warframe is centered on randomly-generated levels with over twenty-one mission types. This can be extermination where the goal is to kill a certain number of enemies, or rescue, where the objective is to save an operative from imprisonment and death. There are also three open-world spaces in the game: Deimos, Fortuna, and the Plains of Eidolon where players have a more roaming and expansive map.

Fortuna is my personal favorite because of the initial music when you enter. You’ll see what I mean if you go there one day.

The game feels great to play. Weapons feel powerful, killing enemies is satisfying, and movement feels fluid and skillful. Bullet-jumping is one of the best ways to move around, and skillful players can use it to traverse maps in the blink of an eye.

Despite the fantastic gameplay, Warframe is a game embroiled in controversy. Why? Microtransactions. The premier currency of Warframe, platinum, has always been a point of contention for this game. Platinum, which is obtained by paying real money, can be used to purchase virtually anything in the game. Many weapons, Warframes, and even mechanics can be unlocked with platinum, skipping the grind completely. Warframe and weapon slots are also locked behind platinum, which massively limits free-to-play players. Additionally, waiting for items to be built can be skipped with plat. To address these issues and help free-to-play players, Warframe contains an economy system. Platinum cannot be earned through the game, but it can be traded between players. If you have something that someone else wants, just go to a relay or dojo and initiate a trade. The prices of various items can be monitored on the unofficial website https://warframe.market.

Due in part to this economy system, Warframe is notoriously difficult to get into. There are so many systems and currencies and mechanics that are not adequately explained. As stated in the beginning, this will be a game that you will need to dedicate yourself to in order to reach the higher ranks. It’s perfectly fine to just play casually, but it’s a massive learning curve to get good at the game. A large chunk of time playing the game could just be watching youtube videos in order to explain mechanics of the game or be spent on guides. There’s simply so much content in this game that I can’t discuss all of it in this review. If you want to play Warframe, it’s important that you know what you’re getting into.

Warframe is an experience like no other. In some ways it’s like learning a new language. There’s so much that is unexplained yet once you begin to understand it and make some progress, it is so gratifying. I would wholeheartedly recommend this game to anyone willing to put time and effort into a silly video game on steam. It’s available on Xbox and Playstation consoles as well as PC. There’s nothing to lose in trying it out except time and perhaps a headache or two. And hey, ninjas play free.