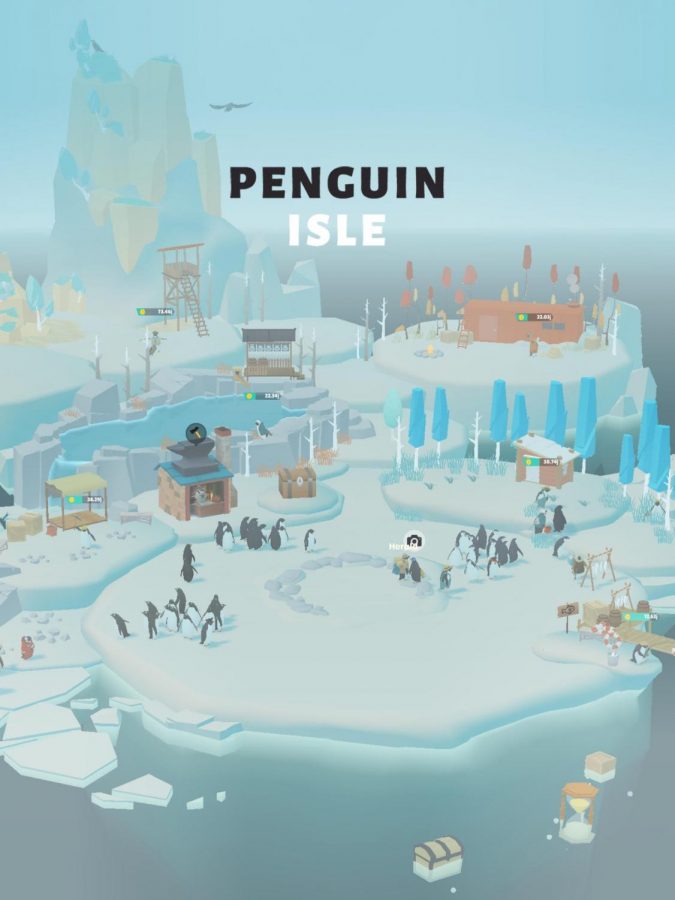 Alex Liu's Island at the moment.

Penguin Isle is a relaxing idle game that you can download for free. It is currently available on both the App Store and Google Play. Penguin Isle centers around building up an island of penguins. That’s it.

You start off with only a single penguin and start building up your island. You begin building stranger and stranger buildings to produce income. (My favorites are the amusement park and the hot spring). Soon, you will collect various penguins with different outfits as well along with other animals you would find in the Arctic and Antarctic. You can brighten up your island with decorations as well. Money is your main resource, but hearts are also important currency to build up your island.

The game is surprisingly not riddled with ads. Most of the ads are optional ways to speed up your progress such as the gift box and treasure ship, rewarding hearts and money respectively. It utilizes a card system similar to Clash Royale for acquiring different types of penguins. The game sports a battle pass system as well as a mini jumping game.

The game starts off quickly and slows down, as is the case with many idle games. After around an hour of rapid progress, the idle part of the idle game comes in. The quickest way to advance at that point is to leave the game and check in every few hours, or to watch the ads. The gameplay loop revolves around clicking the hearts that pop up and taking cute photos of your penguins. Leveling up your money-making habitats is also part of the loop. The achievements that allow you to “research perks” along with getting gems is also nice. You’re always working towards something in the game.

The game is quite well designed. The soundtrack is very soothing and the sounds of penguins are calming as well. It has a simplistic but nice art style. For the past few days, it has always been enjoyable to check in every so often to collect some rewards and level up some buildings. I also had it running ads while I was doing something else to get some quick rewards.

There’s no reason not to pick up this game. You can play it offline. It’s free. It’s pretty. It has penguins. What more could you ask for?