Music department Plans to Hold Virtual Concerts in the Winter 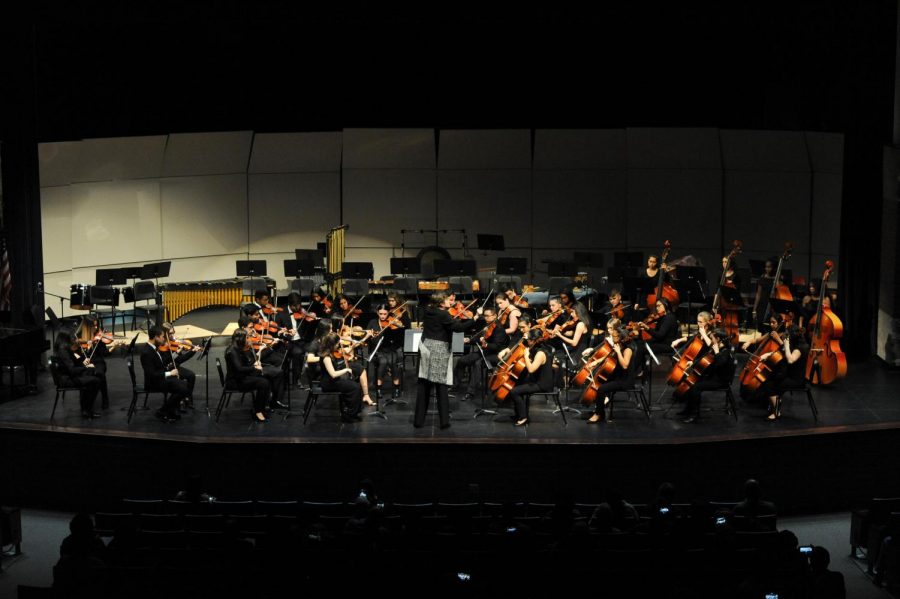 This year, for the first time, music department concerts will be held virtually. This image shows a past year's concert that was held in person.

Monroe-Woodbury’s music department performances will carry on despite pandemic restrictions.

This winter, each of the high school’s musical ensembles will be holding a virtual concert, instead of in-person as they have done traditionally. These virtual concerts will be recorded as videos and posted for the public to watch.

The Wind Ensemble, Symphonic Band, Concert Band, Voice Ensemble, Chamber, Symphonic and Concert Orchestras, and the Jazz Ensemble are all working hard on their music for this new experience.

Music teachers and Mr. Kerstanski will collaboratively edit the video so that the finished product will sound as if the ensemble was playing together normally.

The music departments plans to send the videos to students and families just before winter break, according to Mr. Champlin. The videos should be out long enough for everyone to view, although the platform in which the video will be posted is undecided.

Each music teacher is inspired by different concepts. For example, Mr. Champlin, who teaches the Concert and Symphonic Orchestras, was inspired by Boston Pops’ performance of “Summon the Heroes.”

“I think it’s cool. I’m nervous it won’t come out how we want it to, but I like the idea,” said Kaylyn Perez, a freshman in the Concert Orchestra.

Many of the students and music teachers at Monroe-Woodbury have high expectations for these concerts, although a few others have some concerns.

“I think doing a virtual concert is going to be challenging, but I will always have my hopes for it,” said Matthew Dovico, a junior in Voice Ensemble. “I am very curious to see how my music teachers can pull off 50 kids singing and performing their instruments while being on a screen, will kids be off rhythm? Will some kids have the wrong notes? Or will some kids even be singing?”