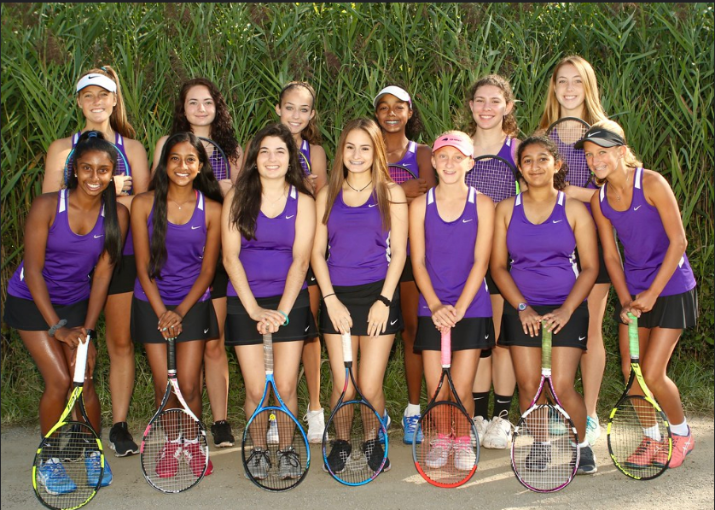 The Monroe-Woodbury girls varsity tennis team were the champions of the OCIAA Division One Tournament for the third straight year.
The match took place at Monroe Woodbury High School on October 8, 2019. The team beat Newburgh 4-3 to cap off a perfect 13-0 win for the season.
“I feel very fortunate to have a great dedicated group of athletes who are internally motivated and push each other in practice every day,” said Coach Vero. “One of the reasons I think the team had so much success this season is because the way the group supported each other this year.”
Coach Vero has pushed all of the girls to work their hardest throughout the year and keep a good mindset.
Co-captains Alyx Sperling and Brooke Schoen have been there for their teammates throughout the whole ride to win it all. According to Alyx Sperling, the team can improve in some aspects such as “finishing the sets strong and not letting up in the end.” She also said that the secret to the team’s success is “putting in the work outside of school.”
The two co-captains have worked very hard by balancing their time on the team and being a student.
“The best way to deal with being both a student and an athlete is to do as much work as you can before practice or before a match so that you have less to do afterwards,” said Schoen.
Both Brooke and Alyx are seniors and are very confident about how the team will do without them next year.
“I think they’ll be awesome. I’m excited to see how people step up into leadership positions and how the girls will fill in some of the newly open player spots,” said Schoen.
Sperling added, “I think they will have another great season and become division champs for the fourth year in a row.”
Following their OCCIA Division One championship, Maeve Cassidy won the Section IX girls tennis singles tournament, while Amaya Grant and Makaela Hung won the Section IX doubles tournament.