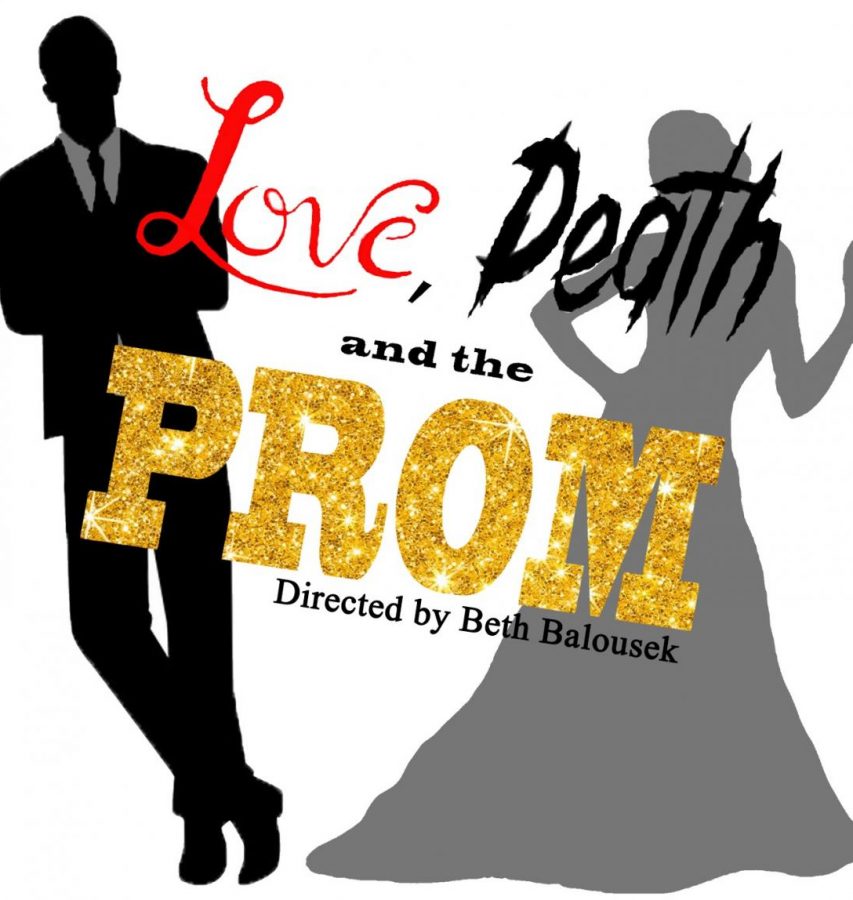 The Monroe-Woodbury drama club will be performing Love, Death, and the Prom at the high school on November 1 and 2.

Student actor Caroline Kivlehan said the play is about “teenagers who are trying to navigate and sort through their life’s problems.  Whether that’s trying to learn how to study for an important philosophy exam or struggling with a friend’s suicide, it hits close to home.”

Kivlehan, a junior and three-year veteran of the drama club, is playing three different characters in this year’s Fall drama, which is composed of small vignettes.  She said she enjoys the smaller cast and “how tight knit it can be because of that.”

Teacher Ms. Balousek, the director, chose this play for specific reasons. In addition to relating to more high school topics than many other plays, there was also a  limited time to put this production together: six weeks to be exact.

The audition process saw an estimated 50 people trying out for roles. Ms. Balousek looks for certain skills in an actor or actress, including those who suit the characters and have prior experience. Also high on Ms. Balousek’s  list are things like “directability” and “availability.”

To put on a production like this can be a daunting challenge and one that requires plenty of teamwork, according to Balousek.

“It takes a village,” said Ms. Balousek. “We have a committed and talented stage crew, AV crew, drama club officers, and actors.”

The fall drama also has the support of Mrs. Hintze, Mr. Kerstanski and parents through the Theater Boosters, said Ms. Balousek.

Curtains will rise at 7 p.m. on Friday, November 1 and again on Saturday, November 2.  Tickets can be purchased at the door or in advance. Tickets cost $12 for adults and $10 for all others.